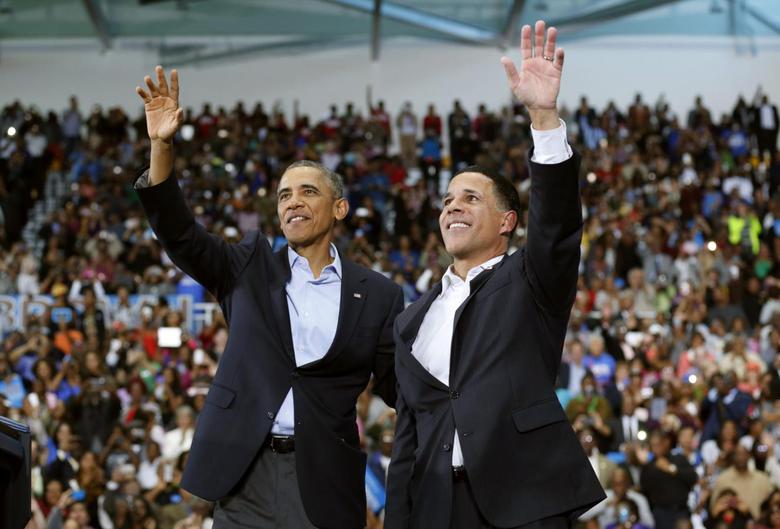 Former Lieutenant Governor, Anthony Brown, was elected to his first term representing Maryland’s 4th Congressional District - encompassing parts of Anne Arundel and Prince George’s Counties - on November 8, 2016 and was sworn in on January 3, 2017. He is currently serving his second term in Congress.

Congressman Brown serves as the Vice Chair of the House Armed Services Committee, where he helps shape the policies to ensure we maintain the best-trained and best equipped military, make the right investments to fight 21st century threats, and keep our country strong and safe. Congressman Brown is also a member of the House Committee on Transportation and Infrastructure as well as the Committee of Natural Resources, working to build 21st century transportation networks and ensure future generations of Marylanders enjoy a clean and healthy environment. He was also tapped by Democratic leaders to serve on the equally-divided House Committee on Ethics. The Ethics Committee interprets, investigates and enforces the House Code of Official Conduct and rules regarding gifts, financial disclosure and other activities of Members of Congress and employees. Congressman Brown is currently co-Chair of the New Democrat Coalition' National Security Task Force.

The son of immigrants and raised in a home where his father was the first in the family to ever attend college, Congressman Brown was taught the value of service at a young age. Through his military and public service, Anthony has devoted his life to serving his community and defending our nation.

A retired Colonel in the United States Army Reserve, Congressman Brown’s military record spanned more than a quarter century as an aviator and JAG officer, during which time he graduated first in his flight class and received both Airborne and Air Assault qualifications. Congressman Brown was awarded the Legion of Merit for his distinguished military service. In 2004, he was deployed to Iraq, where he earned a Bronze Star and became one of the nation’s highest-ranking elected officials at that time to serve a tour of duty in that conflict.

In 1998, Congressman Brown was first elected to the Maryland House of Delegates to represent Prince George’s County. Recognized by his colleagues for his leadership, Congressman Brown rose quickly, serving as Vice Chair of the powerful House Judiciary Committee and, later, as Majority Whip.

Congressman Brown made an even larger impact on Maryland during his eight years as Lt. Governor. He fought to increase investments in Maryland schools so that every child could receive a world-class education, protected victims of domestic violence, expanded health coverage to over 391,000 Marylanders, increased employment and health services to veterans, and spearheaded efforts to plan for and coordinate the arrival of 60,000 BRAC-related jobs to Maryland, including at Joint Base Andrews and Fort Meade.

Congressman Brown is a graduate of Harvard College and Harvard Law School. He and his wife Karmen are members of St. Joseph Catholic Church in Largo. They reside in Prince George’s County where they are raising their three children, Rebecca, Jonathan, and Anthony.