Last week, every Democratic member of the Anne Arundel County House Delegation signed a letter asking Governor Hogan to release $4.8 million in critical funding to Anne Arundel County schools. You can read the full letter below. These funds were allocated by the General Assembly last spring, and could be used to reduce class sizes - but now Governor Hogan is refusing to release the money.

Anne Arundel County sends tax dollars to the State - in large part for the investment in an equitable statewide education system. We should get our fair share of that money back.

Join Speaker Busch and the other Democratic House leaders of the County in their fight for Anne Arundel schools.

Sign the petition below asking Governor Hogan to release the $4.8 million in school funding! 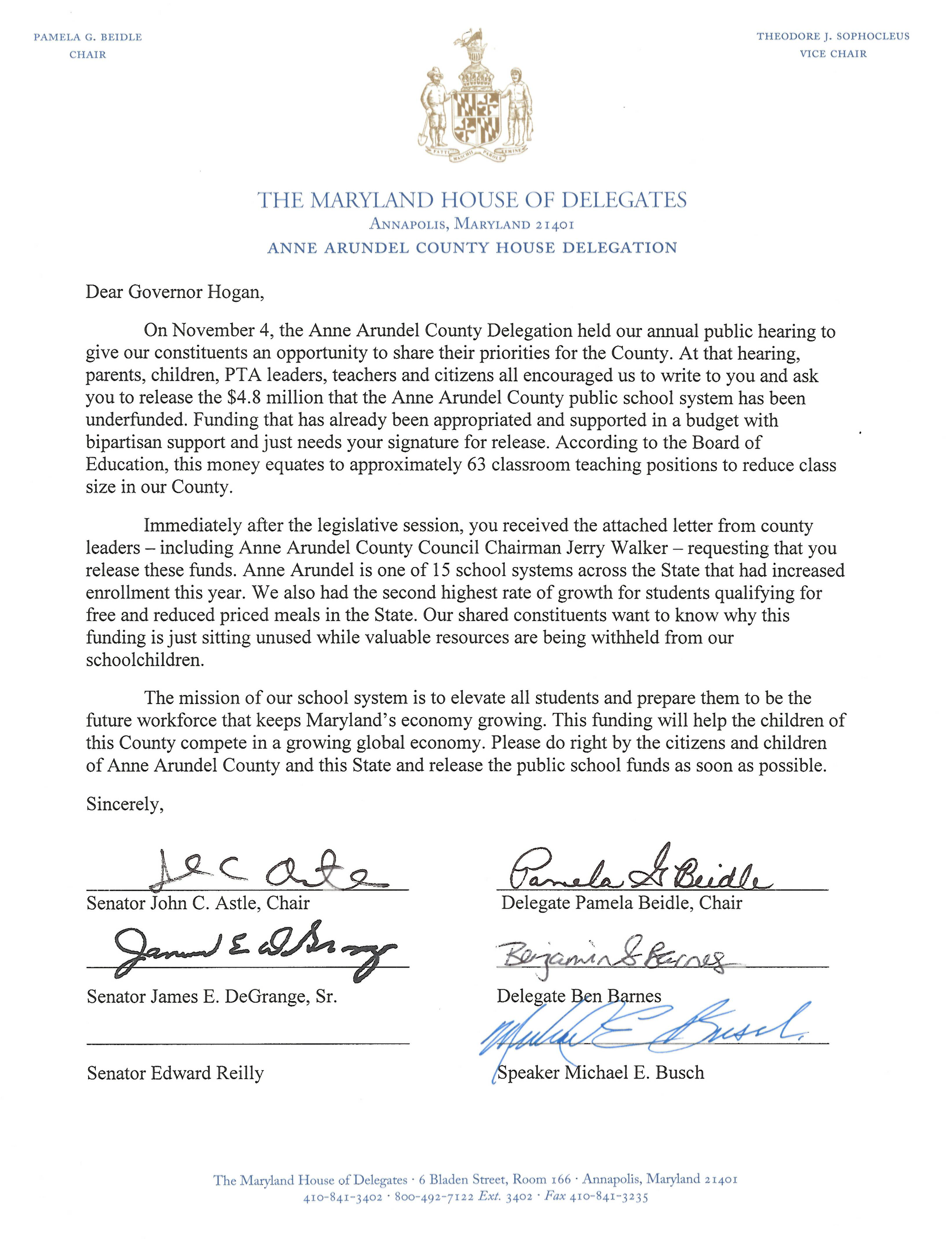 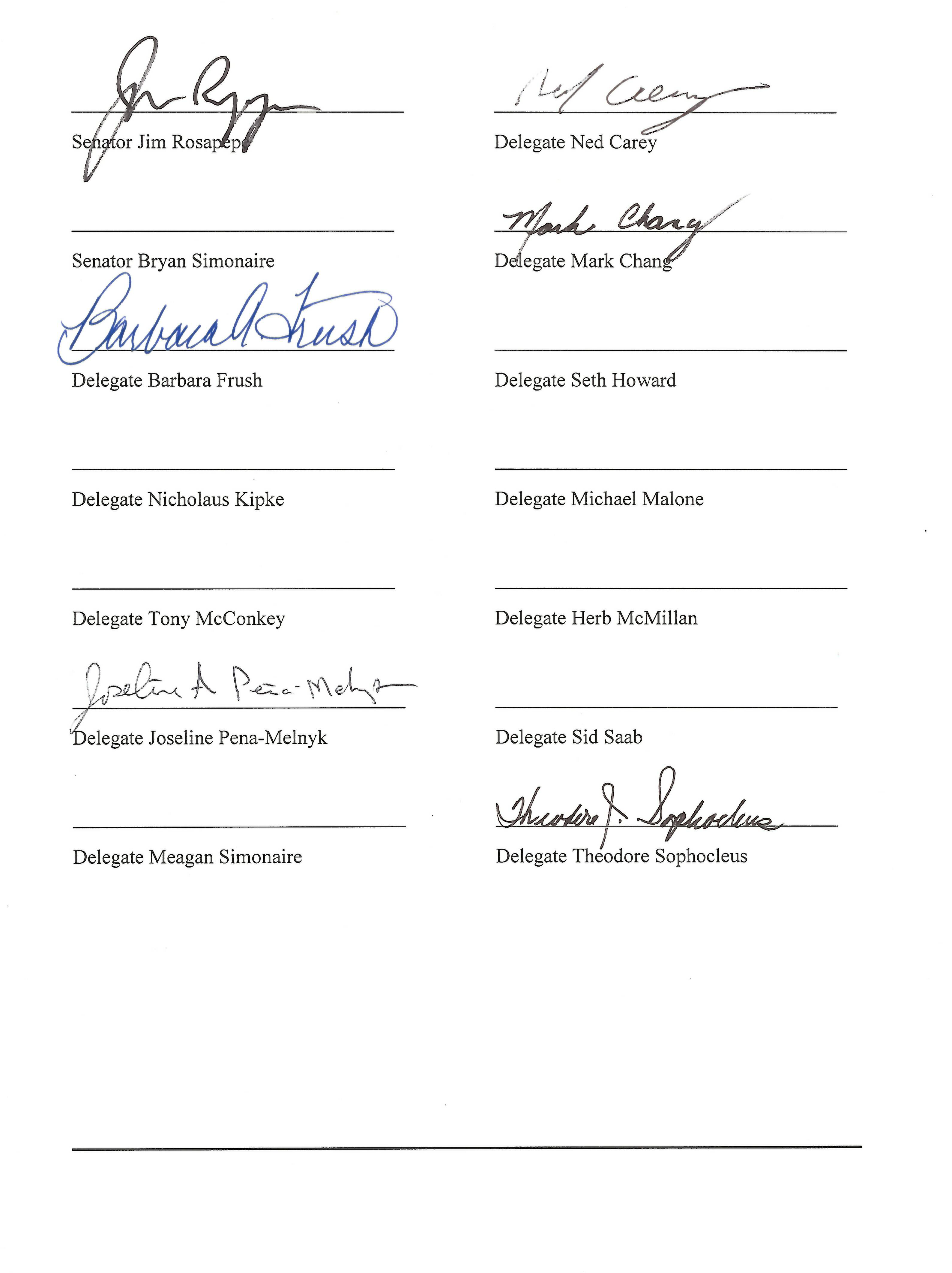