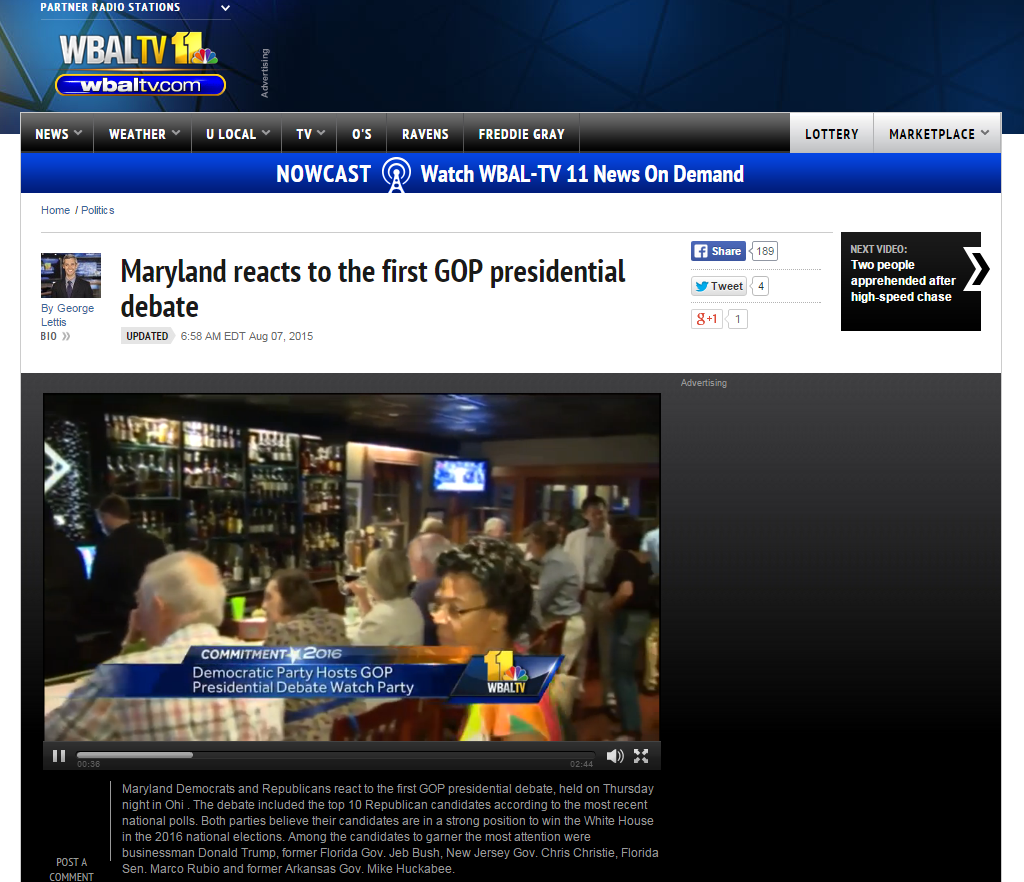 During the debate, we watched candidates for our nation's highest office espouse outrageous views - and not a single word about the minimum wage, climate change, or the anniversary of the Voting Rights Act. We owe it to ourselves and our fellow Marylanders to ensure that these ten guys stay on late night TV and out of the White House.

Now it's time to channel our energy into something positive and work to elect a Democratic president and Congress in 2016!

Check out the Campaigns page on the D30 website for information on how you can volunteer for a campaign and be a “Do-something Democrat” here in Maryland: www.md30dems.org/campaigns

Big thanks to the 100+ energized Democrats who attended last night and the South County Dems, 33rd District Democratic Club, and Maryland Democratic Party for making last night's watch party such a success!

We hope to see you at D30’s upcoming events:

Analyzing the Debate: 10 Quotes from the top 10