It is hard to believe that President Trump has been in office for just over a month. More often than not, the national news can often feel overwhelming and our efforts to resist Trump's harmful agenda can feel small. But we need to hold on to the fundamental truth that all politics is local. Here in Annapolis, we have a Republican Mayor who voted against the City's landmark Non-Discrimination of Foreign Born Residents Ordinance, a Republican County Executive who is considering contracting with ICE to house undocumented immigrants in County jails, and a Republican Governor who has refused to take a stance to protect Marylanders from the President's harmful executive orders and is seeking to expand the privatization of public education.

All politics is local. Here are 3 ways you can fight Trump's agenda from right here in Maryland:

Hear from District 30 Senator John Astle about the 2017 legislative session, learn how to be an active bystander in critical moments of injustice, and stay for a special presentation from CASA de Maryland on how to be an ally to the immigrant community. 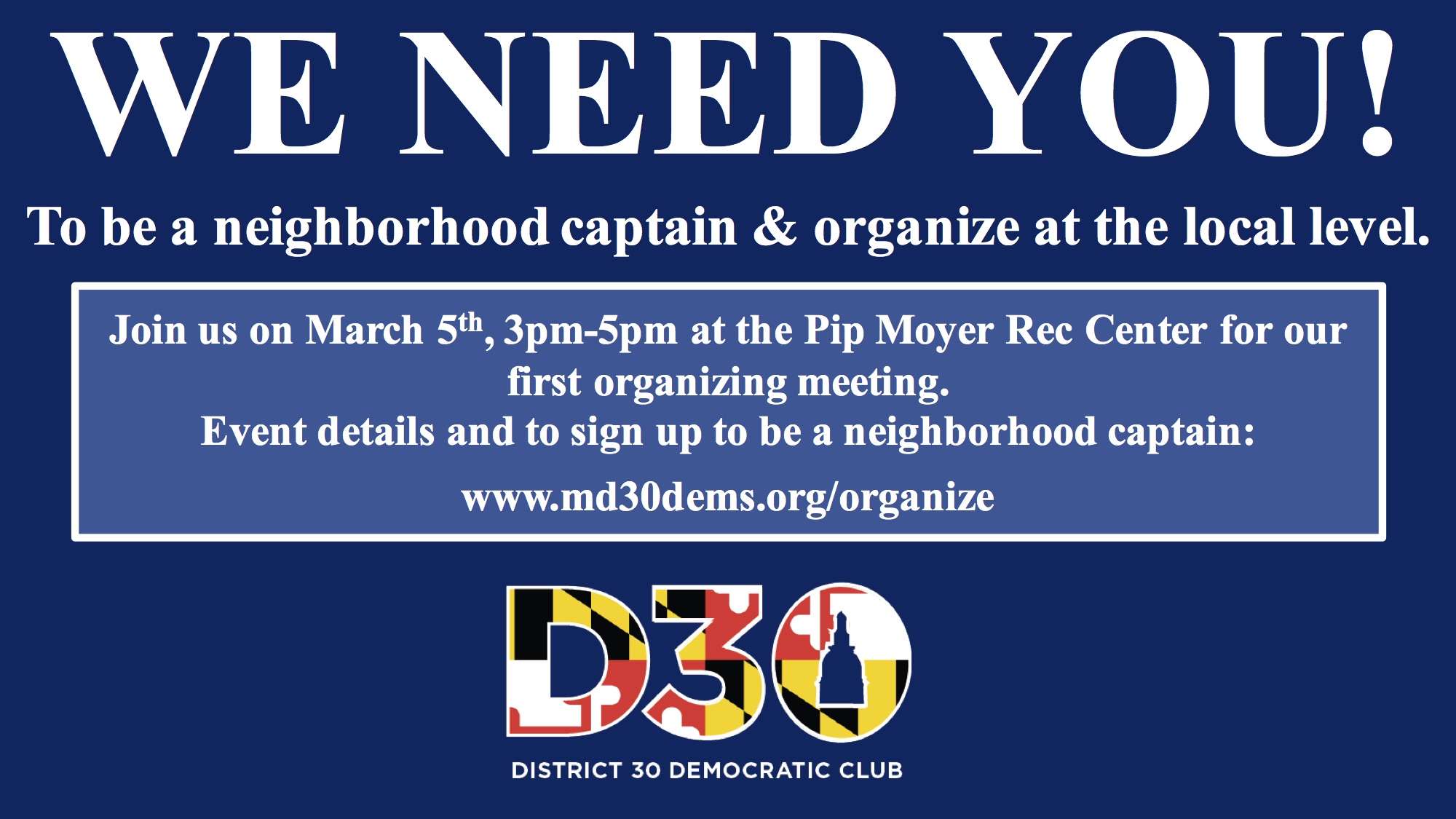 The Nominating Committee is seeking dedicated and passionate Do-Something Democrats to join the District 30 Democratic Club Board of Directors. The 11-member Board of Directors is responsible for executing the Club's mission to elect Democrats. Elections of new Board members and new Board Officers will take place at our March 22nd meeting. If you are interested in learning more, please send an email to all three members of the Nominating Committee below. Special thanks to Mike, Lyn, and Steve, all former D30 Board members, for serving on the Committee!

Become a D30 member or renew your membership!

The District 30 Democratic Club's mission is to help elect Democrats to local, state, and federal office. We fulfill that mission by supporting and organizing Do-Something Democrats and hosting monthly meetings and events like candidate trainings, debate watch parties, neighborhood captain organizing meetings, and much more. Annual dues of $25 help to support this work.

If you aren't already, please consider becoming a member or renewing your membership today by clicking the button below.